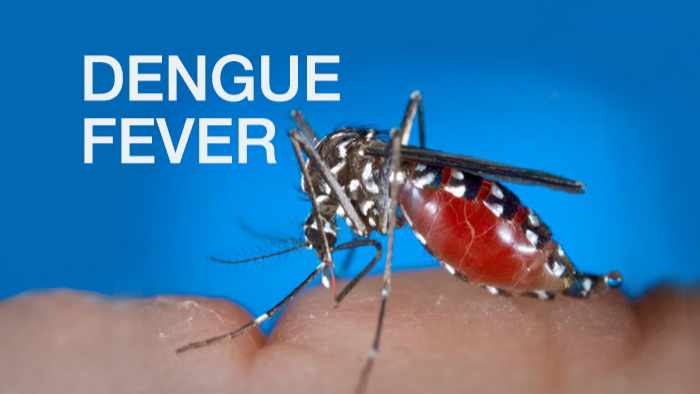 Who is most affected?

Children, tourists and travelers are usually at a higher risk for Dengue transmission. However, adults living in endemic areas are in danger too.

When do Dengue mosquitos bite?

Dengue mosquitoes bite in the early morning and the late afternoon.

Where does the Dengue mosquitoes live?

The mosquito rests indoors, in closets and other dark places. Outside, they rest where it is cool and shaded. The female mosquito lays her eggs in water containers in and around homes, schools and other areas in towns or villages. The larvae, known as wigglers, hatch from the mosquitoes eggs, and live in the water for about a week; they then change into a round pupal stage for one or two days, after which the adult mosquito emerges, ready to bite.

Where does the Dengue mosquitoes breed?

How is Dengue spread?

Dengue is spread by the bite of an infected female, Aedes aegypti mosquitoe which has got the dengue virus by taking a blood meal on a person who is ill with dengue. The infected mosquito then transmits the disease through its bite to other people who in turn becomes ill, and the chain continues. The diagram below, illustrates this action.

There is no way to tell if a mosquito is carrying the dengue virus, therefore people must protect themselves from all mosquito bites, which will also protect against malaria and other mosquito-borne diseases.

How can Dengue be prevented?

As there is no drug to cure dengue or vaccine to prevent it, there are two key measures that can be applied to prevent the spread of Dengue.

@ 2019 Blood bank For you powered by WordPress Developed by Anvar